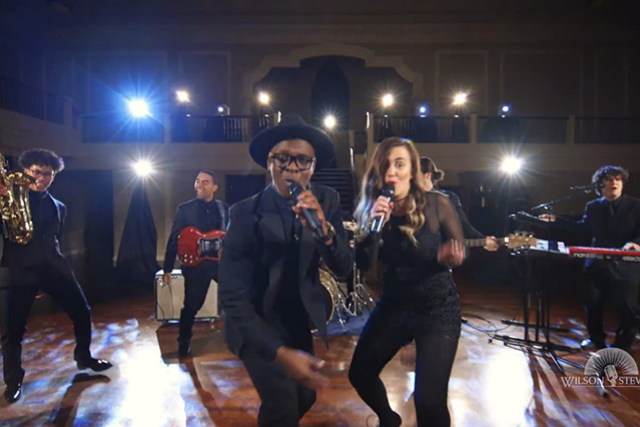 Groovin’ You likes to party! This seven/ eight piece band’s repertoire includes hits from every genre and generation, including R&B, Pop, Top 40, Hip Hop, Rock, Reggae and Country. With Groovin’ You, every song is performed the way it was originally intended by skilled, youthful musicians packing enough energy to bring down the house.

This band’s roster of Berklee College of Music scholarship recipients have performed around the globe, sharing the stage with Maroon 5, Keith Urban, Alicia Keys, Miguel, the Killers, and Fun! Groovin’ You’s reviews speak for themselves as the band quickly became one of Boston’s most in demand private event and club artists. In fact, the group has held down some of the area’s top club residencies for years, making Groovin’ You one of New England’s most popular live acts.