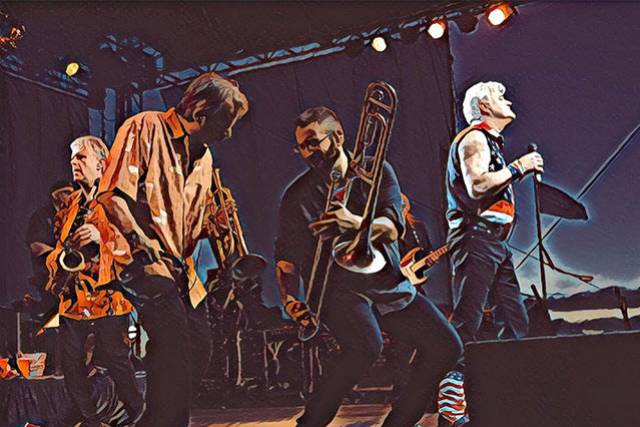 $10.00
The ten-man unit consists of a four-piece rhythm section, a five-piece brass section, and it's lead vocalist, Steve Smith. Together, Steve Smith and the Nakeds are now celebrating forty esteemed years of live performances and studio recordings. During that time, the rhythm & blues powerhouse has thrived with their distinct infectious blend of rhythm, brass, and fun.

Throughout it's history, the band has shared the touring stage and recording studio with Bruce Springsteen's saxophonist, Clarence Clemons for a series of critically acclaimed performances. They have been featured on television, appearing on MTV's video countdown program "The Basement Tapes", and more recently, an episode of "The Family Guy".

Steve Smith and The Nakeds were inducted into the Rhode Island Music Hall Of Fame, class of 2013.